Medical science until modern times was much more advanced in China than the West. One Chinese discovery was opium. The Chinese began manufacturing opium for medicinal purposes in the late 15th century. Chinese doctors used it to treat dysentery cholera and a variety of other diseases

The Opium War was a war between the United Kingdom and Imperial China. The British objected to China’s attempt to limit British shipments of Indian opium to China. The Chinese were reacting to increasing levels of addition among the Chinese people. It is notable that as late as 1840 that British traders were having difficulty supplying goods that were of interest to the Chinese in exchange for the many Chinese products(especially porcelin and silks)that were in demand in the West….. 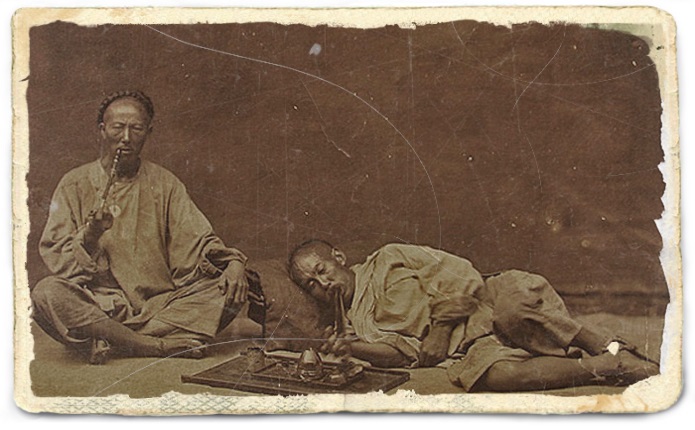 Opium is a milky substances that can be drained from unripe poppy capsules. It is a mixture of alkaloids, especially codeine, morphine, and narcotine and various organic acids especially meconic acid. These substances have a variety of medicinal uses, primarily for the sedetive effect. It also is smoked as an intoxicant. Smokers can experience agreeable dreams, deep sleep, and in large doeses death